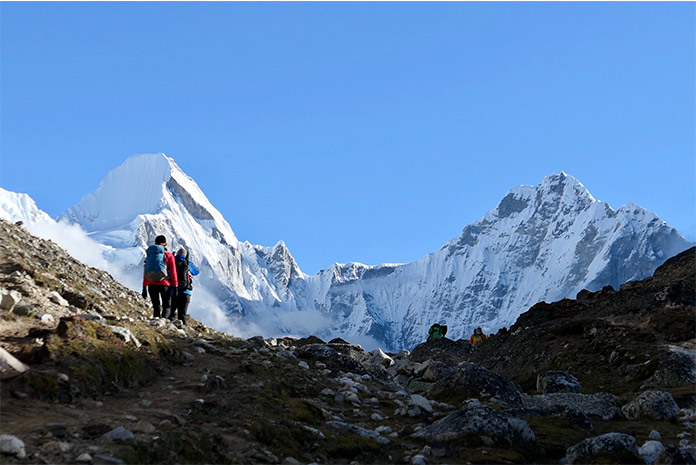 Without a doubt Mount Everest is one of the most dangerous mountains for climbers to conquer, it is a death hole for inexperienced hikers and climbers. On average 11 people died in the year 2019, and around 300 till now.

The reason behind this is not one. There are various reasons why people who go to mount Everest couldn’t make it to the top, some die while some make a good decision and turn back.

Although after drastic improvements in gear, weather forecast, commercial operation, mount Everest is becoming safer now for climbers if we compare it with the early days.

How dangerous is mount Everest now?

According to the Himalayan database report, there are a total of 9,159 successful submits by 5,294 people while the death along the way is counted as 295.

Well, by seeing the numbers you can clearly make an assumption of a particular chance to make it to the top.

So, in simple words, if you want to climb Mount Everest, your possibility of not making it is 1 out of 100. This means mount Everest is so achievable with the right training, gear, and decision-making.

There are various reasons why Mount Everest is marked as one of the dangerous mountain in the world. Below are the reasons that make Mount Everest dangerous-

Unpredictable weather will never leave you alone on the submit

If we compare the weather reports from early 1990 to now, then it is clear that the weather on Mount Everest is becoming more unpredictable every year.

Even though now climbers have better weather forecasts, better gear, and better skills, still making weather predictions on mount Everest is becoming more and more complicated. Some weather experts say that it is due to climate change that makes it difficult for climbers.

Due to climate change the temperature increases which makes the huge ice seracs and
water on mount Everest unstable. Ice seracs are 70 to 100 feet in height and the
real danger for climbers and for nearby. While the experts say there is still time for seracs to fell.

Besides all the theories on climate change, the one that strikes real climbers is sudden ice storms on mount Everest which leads to ice sliding on the routes and increases the wind speed, and forces the climbers to stay in one place.

As per old reports, 8 people had died because the huge Strom strikes Mount Everest, leaving the climbers with no option.

One of the recent stories from 2014 includes 16 sherpas deaths, because of an avalanche that hits the base camps.

These stories have shown that you can never predict what’s coming your way on mount Everest, Even though the security and technical factors are advanced still some choice you make up on mount Everest totally depends on your luck. 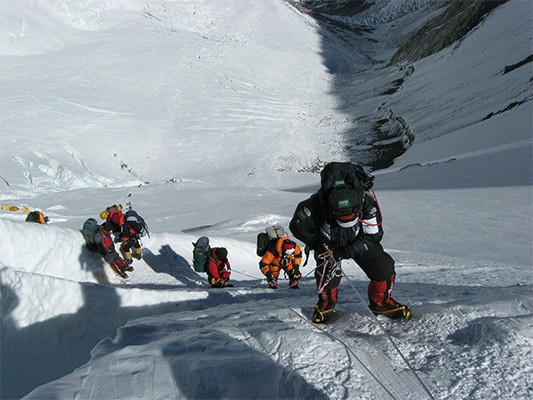 Oxygen level on the high altitudes is merely low that some climbers aren’t even able to
breathe. Due to less oxygen, the oxygen is not enough to be supplied throughout the body which prevents the proper functioning of the body and mind.

Some common health problems that trap most of the climbers in their cage are-
high-altitude pulmonary edema (HAPE). This is the situation where blood vessels release the fluid into the air sacs (lungs), and the second is high-altitude cerebral edema (HACE), this is a deadly situation in which fluid is released into the brain which leads to headache, coma, and even death ( death can happen after a treatment also).

At the heights of Mount Everest, one major problem that impacts every climber’s mind is
hypoxia. This term is basically used to determine the situation where the flow of oxygen is
very low to mind.

This situation leads to memory loss and the making of ill and poor decisions for some climbers. Calculations, logical decision making are some effects of hypoxia.

This is a very dangerous situation where climbers sometimes unable to make the right decision for their life and push their limits. This usually happens with inexperienced climbers who were not able to control themselves and their mind.

To overcome this situation, every team that prepares for submit decides the turnaround time before climbing Everest. Turnaround time basically a time where every climber has to turn around, irrespective of how close they are to the top.

But still, many climbers put their life in danger for achieving the top feat in the world. In the expert’s eyes, this is a very dumb decision, whether you are 1 mile away from the top you should always follow the guidelines and put your dream aside and give more priority to your life.

Lot of people ignore the crowd factor before preparing for their mount Everest submit. In the early days, there are few counted people who come to Nepal to conquer Everest.

But this not true at present as now a lot of people make Mount Everest one of the things on their do list, now you cannot blame the list, mount Everest is amusing and everyone thought of conquering it once in their lifetime.

Those who make the decision to climb up the mountain have a small gap of time in a year to do so. Every year government of Nepal allows the visitors to make their dream come true between the time gap of between 15 to 20 days, and this mainly a mid of May every year.

Due to this small gap authority, the crowd comes in huge no. And make the routes on mount Everest jammed.

How crowd affects the submit?

Waiting in line for a long period of time has many drawbacks. The first drawback is the overuse of oxygen and lowers the oxygen volume for turnaround. Not only that when the line is long,

people who are at back suffer the most because of some people in front who avoid moving forward. Besides that, some experts also blame nuance and lack of technique by some inexperienced climbers that slow down the speed.

This shows that people who come to Mount Everest submit today are less experienced, in the journey they forget to look after themselves and their team. This is basically because of rise in too many companies for the
submit.

According to reports, half the deaths caused on mount Everest in 2018 is due to the crowd
factor. According to people who have successfully done the submit, one should be completely prepared not only in climbing techniques but also in adapting to the environment.

Hostile environment of Everest is dangerous

According to scientists, a person’s body has not enough ability or strength that it can live up to 19,000feet because of very low oxygen volume.

When we compare this to mount Everest, then it is clear that to reach the top of Mount Everest which is29,000 feet high, one should overpush their limits of body tolerance.

Everest is so high that pressure on the top is one third, this causes many health problems as discussed above.

To tackle this situation climbers carry oxygen tanks with them.
But this is not the appropriate solution for all, as it has its own drawbacks.

Drawbacks of using an oxygen tank?

● Oxygen tanks are super expensive for climbers. But even if you afford it, they are too
heavy to carry with you on the top.

● Breathing gas in the tank only increases at one point, which means the breathing gas you used at the base camp remains the same which causes a sudden lack of oxygen at the top. In this situation, most people give up because their bodies aren’t able to adapt the
sudden change in oxygen level.